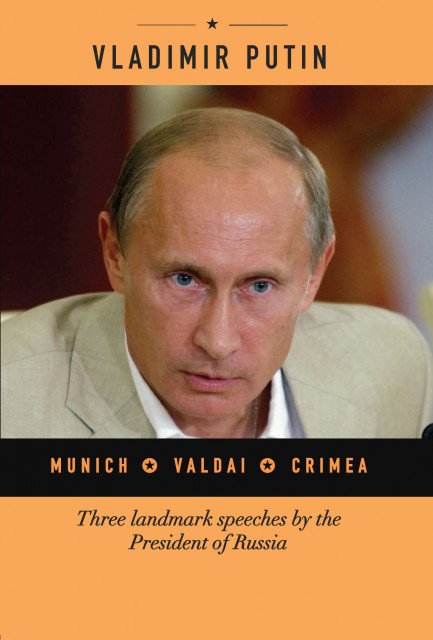 Russia is a country with a history that spans more than a thousand years and has practically always used the privillege to carry out an independent foreign policy. We are not giong to change this tradition today.

VALDAI
I want to stress that Eurasian integration will also be built on the principle of diversity. This is a union where everyone maintaina thier identity, thier distinctive character and their political independence. Together with pur partners, we will gradually implement this project, step by step. We expect that it will become our common input into maintaining diversity and stable global development.

CRIMEA
Now this is a matter for Russia’s own political decision, and any deceision here can be based only on the people’s will, because the people is the ultimate source of all authority