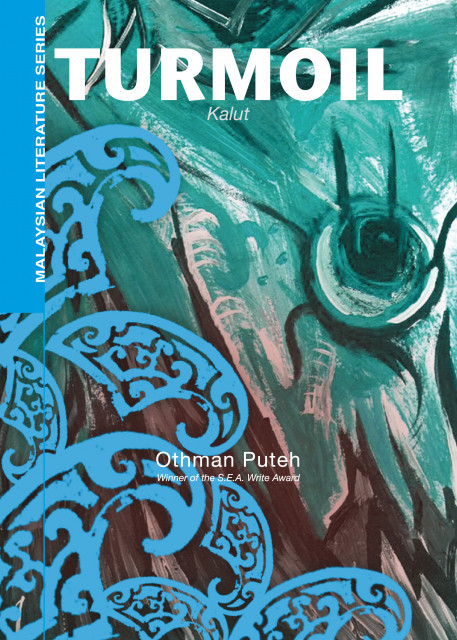 TURMOIL tells the story of the pre-Second World War generation’s struggles in life ang the continuation of life the generation post-independence, and details the different values and needs that arise from new changes. The characters represent people from various ethnicities. Pak Tua is the hero or protagonist and is synonymous with the role of ‘teacher’ who contributes valiantly to the struggle to free the nation from the grip of colonisation. His journey brings him across different continets and then back to his homeland.

Yow Phi Yang moved to this rich land with the belief that his destiny lay here. He loves it intensely, so much so that he has never harboured any doubts about it, and believes it holds meaning in teaching him the wisdom of struggle and allowing him to raise his children in security. Ariosamy left his beloved mother to search for the grave of Kandiapan, his late father who was a spy for the Special Division during the emergency period. Vengeance rages in his heart when he discovers that his father was murdered by his father-in-law. What is TURMOIL? Who is Pak Tua? What is the salvinia generation mentioned by Phi Yang? Will Ariosamy exact his revenge? There are many more questions to comtemplate when you delve into the world of TURMOIL.