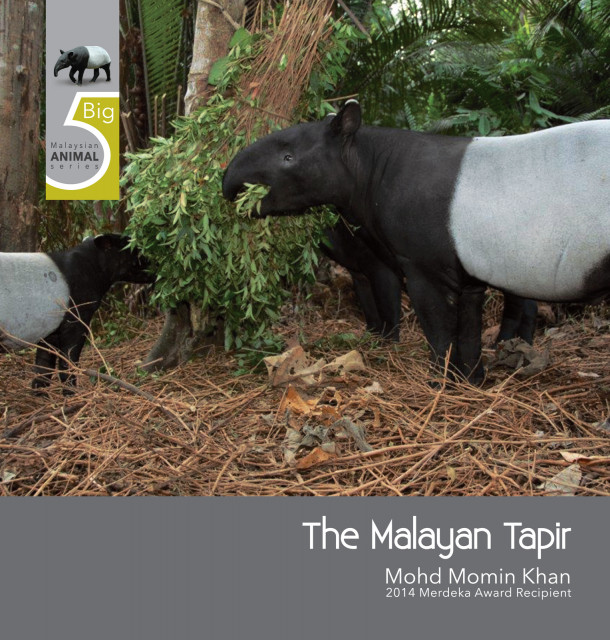 The story of the Tapir is fascinating, as it is a species that did not attract the interest of hunters. The species was indirectly protected because of this lack of interest and recent studies have revealed that it is thriving in Malaysia forest, especially in protected areas. The population estimate is approximately 1,500 Tapirs. It is a big animal with rather short legs. The front paws have four toes and the hind paws have three. The height is about 1-1.2m at the shoulder.

The head, forequarters and back legs are black and a marking like wide, white blanket covers around the rear of its body except the ventral surface. The tips of the ears are white. A unique feature of the tapir is its elongated nose, which forms a long flexible snout. The Tapir has a strong sense of smell and hearing but its sight is weak.