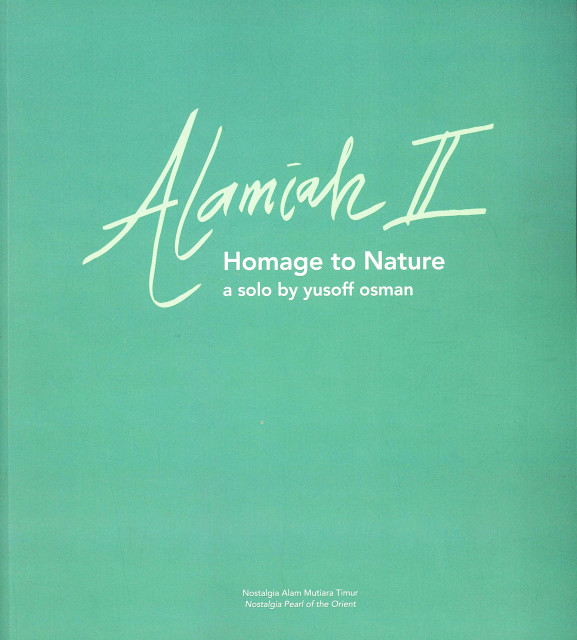 Alamiah II: Homage To Nature: Nostalgia Pearl of The Orient

Alamiah II: Homage To Nature – Nostalgia Pearl of The Orient is the 3rd solo exhibition by Yusoff Osman. He was one of the associate members of Penang Teachers Art Circle in the late 60s.

Though born in Endau, Johor, he was brought up in Penang. Thus, reminiscing his childhood years spent in the Pearl of The Orient brought back nostalgic memories. Homage To Nature serves as a tribute to nature, an ode to the people and various places in the state of Penang that he grew up which had in some ways shaped him today.

All of Yusoff’’s paintings in this show carry a theme directly connected with nature, capturing its energies and essence and images of nature in the 50’s, 60’s, 70’s till the present times. He observes and captures nature and its phenomena with the intellect of a man who understands it as one of the core elements of human existence.