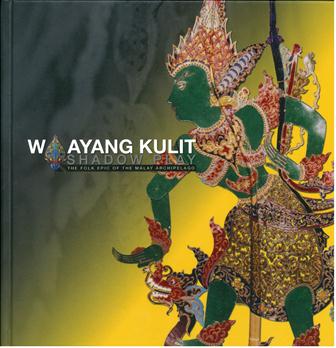 Wayang Kulit: The Folk Epic of The Malay Archipelago

Wayang Kulit: The Folk Epic of the Malay Archipelago documents a traditional theatrical, genre that was previously very popular among Malay society, but it is gradually disappearing with the passage of time. This form of folk art, whick flourished for centuries through an oral tradition, was the platform on which entertainers or storytellers enchanted local communities of the Malay Archipelago.

This book documents the various aspects of the Malaysian shadow play, including the historical development, the role of the puppet master, stage design, techniques of puppet manipulation, musical instruments, stories and story concept, character and characterisation, rituals, script, and legendary figures in this field. This book will provide useful information to the younger generation as a source of reference. This book will not disappoint readers who wish to widen their knowledge of the Malaysian shadow play.

Rahimidin Zahari is a renowned writer, poet, aesthete and acclaimed puppeteer of the traditional art of Shadow Play (Wayang Kulit). He has now for the first time compiled in this book a walk-through of this intricate performance, providing the reader with the opportunity to glimpse into the enchanting world of the shadow play, the folk epic of the Malay Archipelago.