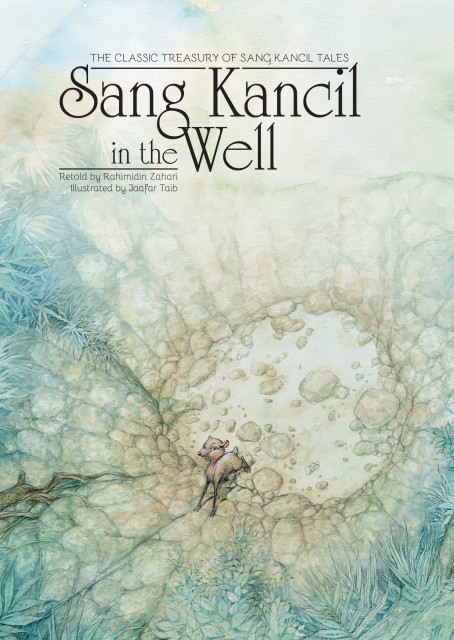 Sang Kancil In The Well

Annoyed by Monkey’s taunts, Sang Kancil wanders off in search of young shoots and accidentally falls into a dried-up well. He tries to escape but is trapped, so he begins to sing a loudly as he can. This attracts Tiger’s attention and Kancil tricks him by saying that he is hiding in the well because the sky is about tp fall. Tiger asks to come in too, and Kancil eventually agrees. Soon, after that Elephant, Gaour, Deer and the other animals join them in the well. kancil begins to tickle Elephant, who gets angry and throws him out of the well. Outside, Kancil laughs because all the other animals have been fooled.