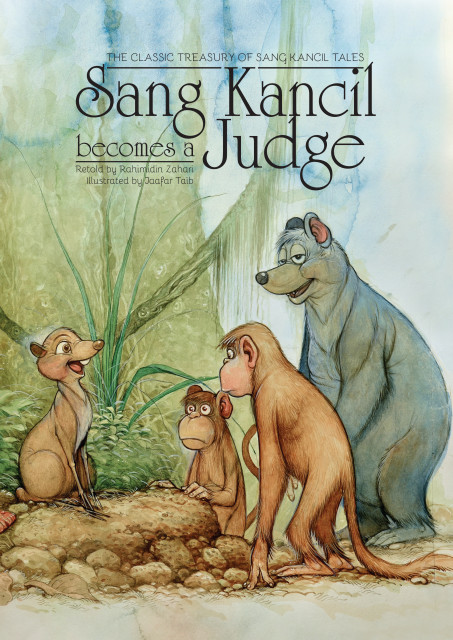 Two men come to see Raja Solomon complaining that the adze that one of them borrowed from the other has been eaten by worms. Kancil, who was asked to judge between them, heads to the river and bathes in lime juice. When he gets out of the river, Kancil rolls around on the ground. He tells Raja Solomon that the river is on fire and because he was worried that the palace would catch fire, he rolled around the on the ground to put out the fire. They do no believe Kancil’s story and then he admits that he did not believe their story either for it is impossible for an adze to be eaten by worms.

A merchant then claims that his neighbours who are orphans should pay him 1,000 gold coins. After finding out that the orphans had never eaten anything from the merchant’s house, the judge Sang Kancil orders that the merchant be repaid by the sound of a gold coin dropping on the floor 1,000 times.