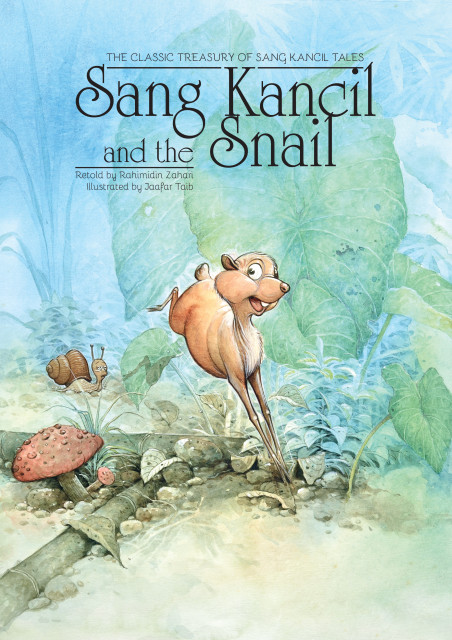 Sang Kancil and The Snail

Sang Kancil looks down on Snail, who walks very slowly. Sang Kancil and Snail agree to have a race the following week. Snail then calls his friend who live in the swamp and the river, and comes up with a plan -the snail at the fornt of the line will answer whenever Sang Kancil calls out his name. On the day of the race, Sang Kancil runs his best and when he is away from the starting line, he calls out to Snail. The Snail right at the front answers him. This continues until Sang Kancil is veri tired from running and his legs ache. In the end, Kancil admits he has lost to Snail and promises never to be arrogant again.