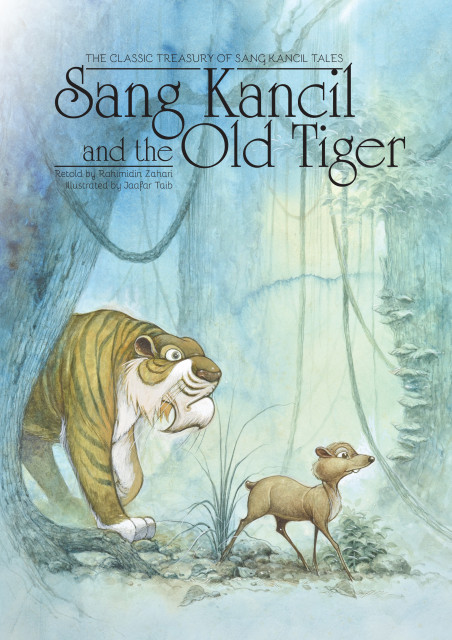 Sang Kancil and The Old Tiger

An Old Tiger tells the animal that he wants to live with them in the jungle, where Elephant is the leader . Elephant and the other animals do not agree. Tiger then tricks them saying that he has seen two hunters wandering around their jungle. Each night that follows, Tiger asks one of the animals to stand guard with him and soon Deer, Roe and other animals are eaten by him. Elephant becomes angry and fights with Tiger but Elephant loses and its forces to give one animal a day to Tiger. When Kancil is called to help, he meets with Tiger and tells him that another tiger has come to their place. Tiger becomes angry and Kancil is made to take him to the edge of a pool in the light of the full moon. Tiger attacks his reflection in the pool and eventually sinks into the mud at the bottom.