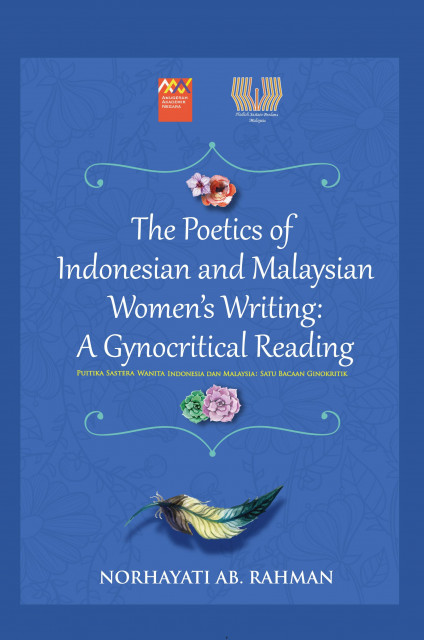 The Poetics Of Indonesian And Malaysian Women’s Writing: A Gynocritical Reading

Feminist studies in Malaysia have passed through their beginning stages. This book, The Poetics of Indonesian

and Malaysian Women’s Writing : A Gynocritical Reading brings readers to the next level with a discussion from a more recent angle using the thory of gynocritics as proposed by Showalter.

The discussion is carefully arranged and strengthened by logical arguments and perceptible examples, giving a distinct picture of female poetics, which is unique and different, deconstructs the poetics of the manstream (male) writing and as a result, is subversive. It focuses on the emotions, voices, desires, symbolism, imagery, discourse and styles of women, which, in turn, are related to the women’s body. The writer traces these elements in the works of important writers such as Titis Basino, Oka Rusmini, Ayu Utami and Toety Heraty from Indonesia, and Azmah Nordin, Rosmini Shaari, Fatimah Busu and Zaharah Nawawi from Malaysia. Elements influencing the poetics that have directly or indirectly influenced the information the poetics in both countries are also discussed. This book opens a new dimension in exploring the minds of women writers in the region and is objective. It is an important reference for scholars and student of literature.

Norhayati Abdul Rahman ( PhD) is a senior lecturer in the Department of Literature at the Academy of Malay Studies
at Universiti Malaya. Her research areas are modern Malay literature, comparative literature and gender. She has produced a number of writings in the form of books, journal articles and working papers for
international and local conferences.