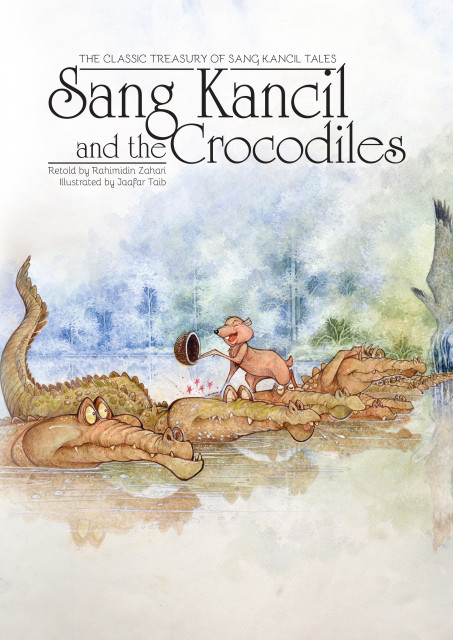 Sang Kancil and The Crocodiles

Sang Kancil wants to eat some fruits across the river. He comes up with an idea and calls all the crocodiles, claiming that Raja Solomon has ordered him to count the number of crocodiles in the river. kancil then jump on the backs of the crocodiles until he reaches the other side. When the crocodiles realise that it was trick by Kancil to get the fruit, they become furious and vow to eat him. After eating plenty of fruit, Kancil becomes thirsty but when he gets to the edge of river, he finds the crocodiles waiting to attack him. Kancil searches the riverbank until he finds a bamboo bush. He drinks till he is full, but a crocodile manages to bite his foot. Kancil throws down a bamboo cane claiming that this is his foot and once again escapes from the crocodiles’s jaws. Tiger, however, who has been chasing Kancil and fighting with him, falls into the river and ends up being eaten by the crocodiles.