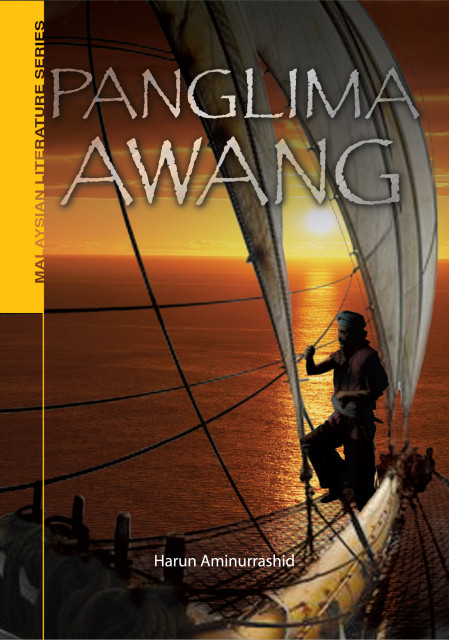 Panglima Awang was first published in 1958. A novel with the theme of nationalism and patriotism, it is based on historical facts. It established Harun Aminurrashid as a leading writer in this genre.

Panglima Awang was captured by the Portuguese when they conquered Melaka in 1511. Albuquerque ordered Ferdinand de Magellan to take him to Portugal, but he later appeared in Cebu Island in the Philippines, in 1521 under the Spanish flag to discover a route to the East by sailing West, to the Maluku Islands. Panglima Awang was then called Enrique, and was said to be the first Malay to have travelled around the world according to historical records.