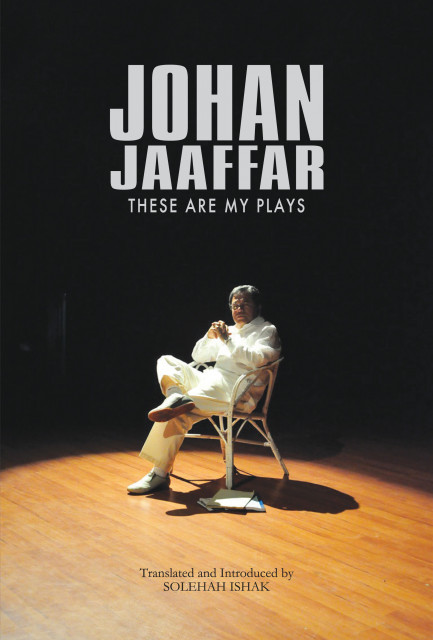 Johan Jaaffar: These Are My Plays

These are my plays…

This anthology of stage plays is really very personal in nature. This is my gift to the world of theatre and the arts world in general. I give these seven plays for public consumption, including for those who know me in the non-literary world.

I wrote in all sorts of genre - from novels (three of which have been published), three children’s novels, short stories which have been compiled in an anthology, two collection of plays for youths, besides poems; but I am better known as a dramatist - whether as a playwright, a director or an actor. I also wrote plays for television (an anthology has been published) besides writing scripts fot sitcoms including the very popular TV3 series of Pi Mai Pi Mai Tang Tu (Going Nowhere).

I am indebted to the arts. I am indebted to my artiste friends who had been with me from the first moment I was introduced to the world of the arts, including those who are directly involved in the company, Media Prima Berhad, of which I am now the Chairman.

I have gone through many eras - from the era of the bangsawan and sandiwara to the realistic theatre period, the absurd theatre period, and God knows what the eras or isms. My introduction to the world of theatre began when I was just 10 years old, I “wrote” plays when I was just in primary school. From the many scripts which I wrote, the seven published in this anthology, might not even be the best. But, at the very least, these seven plays are (i) closest to my heart; (ii) they have been much discussed and analyzed, and most importantly, (iii) this is what I could do for now.

In his review of “The Princess” which was staged on the 20th and 21st October, 1979 at the Experimental Theatre of University Malaya, Dinsman wrote in the Dewan Budaya (December 1979).

“For those who have followed the development of Johan Jaaffar since ‘My City Oh My City’ in 1975, they must surely agree that with ‘The Princess’, Johan has finally found the form of theatre which he had been searching for and experimented with.”

These plays are really the manifestations from a very long search, all of which have been interesting, but exhausting nevertheless.

That search actually has not ended.