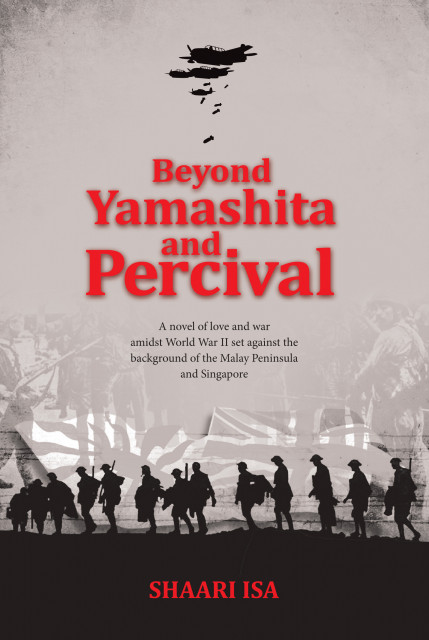 Beyond Yamashita and Percival

This novel is set against the background of the Malay Peninsula and Singapore during the Second World years of 1941 to 1945. As implied from the title, is is not merely a story about two generals, Yamashita and Percival, but also the effect of their decisions upon the lives of people who were caught in the war the British residents and the locals of diverse cultures.

The novel focuses on the theme of love and war. It discusses the frailties of human emotion that led to both. It portrays the lives of the various societies there at the time before, during and after the outbreak of the war: first the British, the elite society during the colonial years with their comfortable life, quite ignorant of Japanese clandestine activities, which were to have such a profound effect on their lives soon after. Amidst all these the novel also portrays the love, illicit and otherwise that inevitably grew out the events related to the war.

In addition, the novel also looks at other parts of the social environment, at the effects of the war on the local population: the Malays who saw the war as an opportunity to prepare themselves towards self-government and independence; the Chinese who looked upon the Japanese as their bitter enemies for invading their homeland, China, and who must opposed at all costs; the Indians who were indifferent to all events around them; their main concern being to earn just enough for themselves and for their families back home in India.

This is a novel dominated by historical facts related to the war period interlaced with fictional events related to the life and the loves of the fictional characters during the war. It carries a message about the meaninglessness of war; that pride of the victor is just temporary and trivial but the human suffering caused by the war is unfathomable and simply unforgivable.

Shaari Isa has equal love for academic and creative writings. He began his career as a teacher and subsequently became a professional accountant and a university lecturer. His writings reflects his deep concern for social order, clear thinking and human happiness. He lives in Kuala Lumpur.